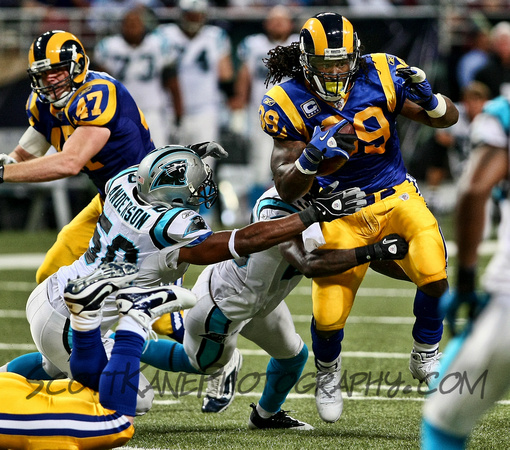 This man is a freight train... what more can you say? Like Sam Bradford I have 100's of frames of Steven Jackson from this past season but there is something about this image that really grabs me.