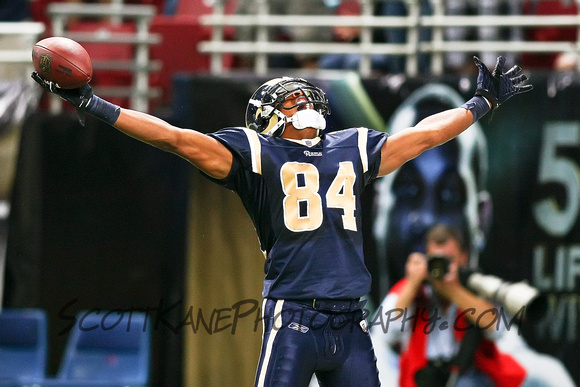 This single image is my favorite image of the entire 2010 football season. Danario Alexander's reaction after scoring a touchdown in his very first NFL game is priceless. The years of hard work paid off and I'm sure this moment in time was truly a dream come true for him.