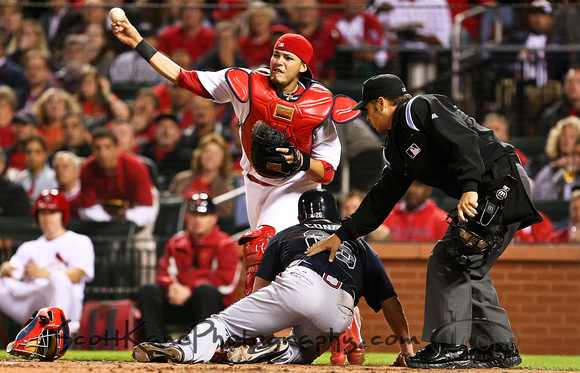 Photographing baseball is normally long and tedious as it is usually the same thing over and over throughout nine innings so this image from one of my very first MLB games holds a special place for me. I really like the intensity on Molina's face and how the umpire is 'protecting' the base runner during the play.